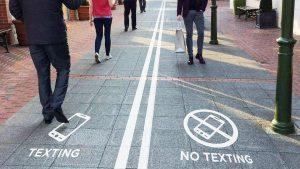 Distracted driving can cause crashes, injuries, and even death; it’s a prevalent public issue that the American Academy of Orthopaedic Surgeons (AAOS) continues to champion. But what about distracted walking? What are the consequences of pedestrians talking on the phone, texting, listening to music, or engaging deeply in conversation with the person next to them?

“Today, more and more people are falling down stairs, tripping over curbs and other streetscapes and, in many instances, stepping into traffic, causing cuts, bruises, sprains, and fractures,” said Alan Hilibrand, MD, chair of the AAOS Communications Cabinet. “In fact, the number of injuries to pedestrians using their phones has more than doubled since 2004, and surveys have shown that 60% of pedestrians are distracted by other activities while walking.”

Recently, AAOS expanded its injury-prevention efforts to include distracted walking. The “Digital Deadwalkers” radio and television public service announcements (PSAs) distributed in 2015 and 2016 humorously, but effectively, highlight what can happen when pedestrians focus on anything or anyone other than the task of safely getting where they need to go.

First, while 78% of U.S. adults believe that distracted walking is a “serious” issue; three-quarters of Americans say it’s “other people” who walk distracted. Only 29% of respondents admit that they, personally, have an issue. And the sense of “it’s not me, it’s you” cuts across a range of distracted walking behaviors: 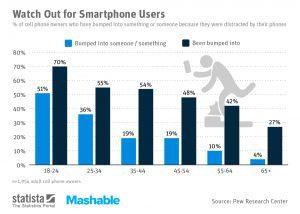 To read the rest of the story go to: http://www.orthoinfo.org/topic.cfm?topic=A00748 or if you’ve injured yourself in a “distracted” incident, go to our web site to learn more about Sarasota Orthopedic Associates and how we can help you. 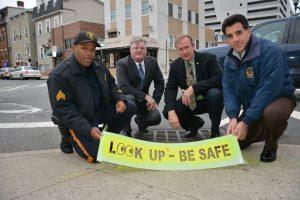