Skinny Jeans – Ripped From the Headlines 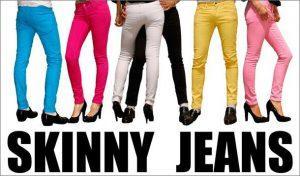 A few months ago, several news outlets reported the case of a 35 year old female whose legs became so swollen and weak making her unable to walk. Upon being taken to the emergency room, her pants had to be removed by cutting and peeling them off due to excessive tightness. Apparently she was the victim of the fashion phenomena called Skinny Jeans. The circulation in her legs and feet slowed from wearing the jeans for a long period of time. She had been helping a friend move, requiring stooping and bending, which further exacerbated her condition. The diagnosis was compartment syndrome, a serious condition resulting from increased pressure on the nerves and muscles.

In the seventies, Swedish scientists labeled it the “Swedish Tight Pants Theory” after determining low sperm count was to be blamed on men wearing trendy tight pants. The same cause of infertility in men was attributed to UTI’s in women. Skinny jeans aren’t the only fashion culprit. Control top pantyhose and tummy control undergarments can be equal offenders in cutting off circulation.

Numbness in the leg from a sensory nerve can be caused by wearing clothing too tight. Dr Nicholas Morris, a vascular surgeon at Columbia University Medical Center indicated “the condition itself is not dangerous, but repetitive episodes may cause permanent damage.”

So what is one to do when fashion and health clash? To quote Sir Francis Bacon, “knowledge is power”. Several conditions can lead to poor circulation, not just tight pants. Common causes are diabetes, obesity, and heart problems.

Know the signs of poor circulation; a few are numbness, digestive issues, cold hands and feet, appetite loss, exhaustion, and difficulty thinking clearly. It’s also good to know that there are things you can do to improve circulation. Super foods like oranges, ginger, garlic, salmon, and even dark chocolate help, as does drinking water, cutting caffeine and alcohol. Other things you can do: reduce stress levels, elevate legs, increase physical activity, and get a massage.

Most compartment syndrome conditions are caused by an injury or fracture. Bottom line, the fashionable skinny jeans are fine in moderation … just pay attention to the warning signs and your physical activity when wearing them. 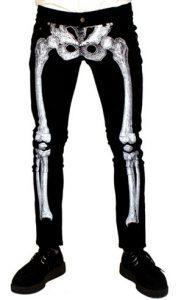